My heart goes out to all who are new in the Bitcoin space. So here is my Bitcoin newbie help.

I have an up and down relationship with Bitcoin. I am sure this is true of all who invest in this Cryptocurrency. Just look at the price charts!

In times of trouble, I hold onto 10 key facts that stop me running for the hills. I hope this helps you stay strong.

1.) Japan has made Bitcoin a legal currency

2.) The number of Bitcoins is fixed

The number of Bitcoins generated is set to decrease, with a 50% reduction every four years. The result is that the number of bitcoins in existence is not expected to exceed 21 million. This means that the value will increase due to scarcity, like gold.

Look at how the number of transactions is increasing:

The increase in Blockchain transaction since inception to 2016.

4.) A higher number of transactions will further boost price

If there are more transactions, there is more Bitcoin exchanging hands and as there is only a limited number of Bitcoin, the price will rise.

There is so much information on this and it seems very sensible. There is only a limited number of Bitcoins, like gold. Except unlike gold, Bitcoin does not get less useful as it gets more expensive. Gold used mainly in electrical equipment loses value when it is too expensive. So comparatively,  Bitcoin seems like a good investment.

What higher accolade of mainstream success is there? 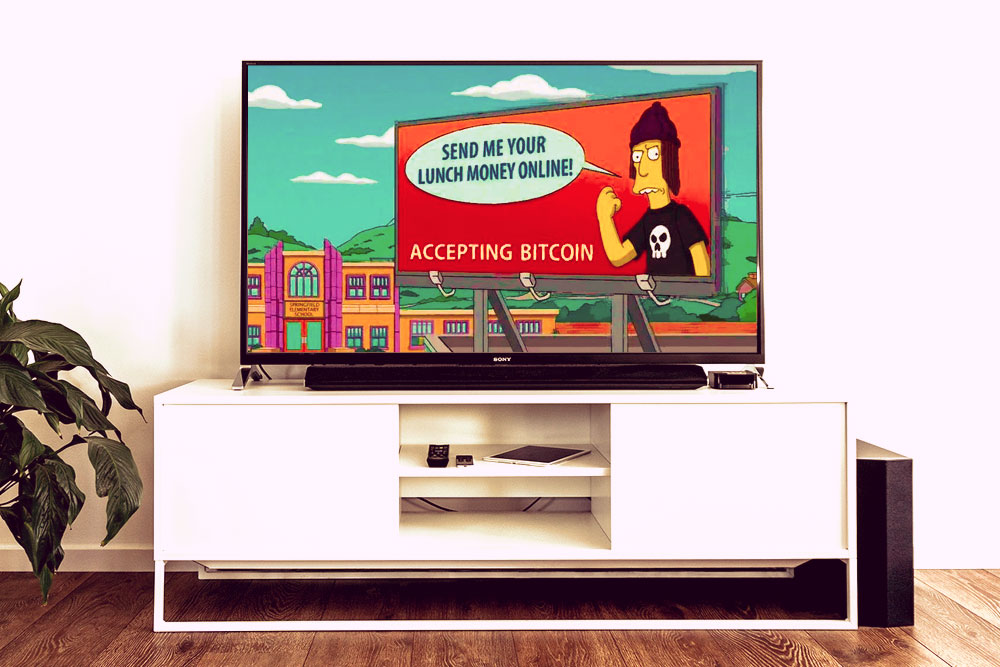 Bitcoin featuring on the Simpsons

7.) It is propped up by mining companies

Bitcoin runs on a block chain, a decentralised and public ledger of every transaction made on the network. By offering processing power towards this, users get a chance to win Bitcoin — creating an arms race of miners scrambling to assemble ever-more sophisticated and powerful equipment to “mine” new Bitcoin.

Some of these companies are huge. The energy outlay for the processing power is also huge. Which is why many companies are utilising renewable energy, Iceland does well out of this.

8.) The UK’s largest broker now have a Bitcoin investment fund.

Hargreaves Lansdown, allow its customers to invest in Bitcoin. The broker, which administers £70bn of investors’ money, will give it’s 876,000 customers access to a fund that tracks the price of Bitcoin.

How many Bitcoin wallets are stuffed under mattresses?

A big British bank is considering bringing Bitcoin ‘into play.’ Barclays CEO Ashok Vaswani has spoken to regulators about engaging with the cryptocurrency, although he did not elaborate on what that would involve. Read the article here.

#bitcoin, #investing, Finance
Previous Why Bitcoin Investing Might Not Be Worth the Adrenaline Rush
Next 6 Ways Technology is Improving Rail Travel